REACHING FOR THE SOURCE 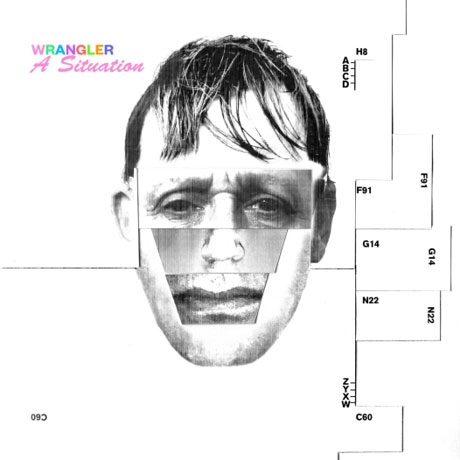 The opening line of this album, from ‘Anthropocene’ is ‘The city is a site of constant change’, the second half of which could pretty much act as motto for the trio that is Wrangler. Or perhaps the later ‘Anarchy of Sound’ might suit better?:

Rhythm is the architecture of life

Of tools and technology, changing our reality

Technology is at the heart of Wrangler’s music, but it is used as a tool to make great music, not for its own sake nor for any cybernetic or machine-music diatribe. This is fun-filled synthesizer music that re-imagines the sound of pop.

Whilst there’s no dissociating Stephen Mallinder from his (now fairly distant) past in Cabaret Voltaire, Wrangler is as much the work of his fellow members Ben Edwards and Phil Winter as Mal, although he gets to write all the words. And Cabaret Voltaire isn’t a bad reference point: Wrangler continue their experimental approach to music, dissecting and rearranging their influences and more popular musical forms to produce edgy, questioning and informed songs.

‘Knowledge Deficit’ is a paranoid song about what we don’t know, and whether ‘you and your friends back together again’ might actually be more important than ‘All the pieces from the past. Nothing new, nothing lost.’ The subject of information and what we do or don’t or might know, let alone remember, is a reoccurring one. ‘Rhizomatic”s narrator is ‘Lost among the broken pieces of discarded thoughts and ‘shifting moving memory’, a world built as ‘infomatic’.

Wrangler both embrace and interrogate the technology that surrounds us, and turn it into some of the best music you will hear or dance to this year. They are ‘Always reaching for the source’, and as the album ends, as ‘it all melts into screaming white noise’, you might think they have succeeded.

View all posts by Rupert →
This entry was posted on 7 March, 2020 in homepage and tagged A Situation, Rupert Loydell, Wrangler (Bella Union). Bookmark the permalink.