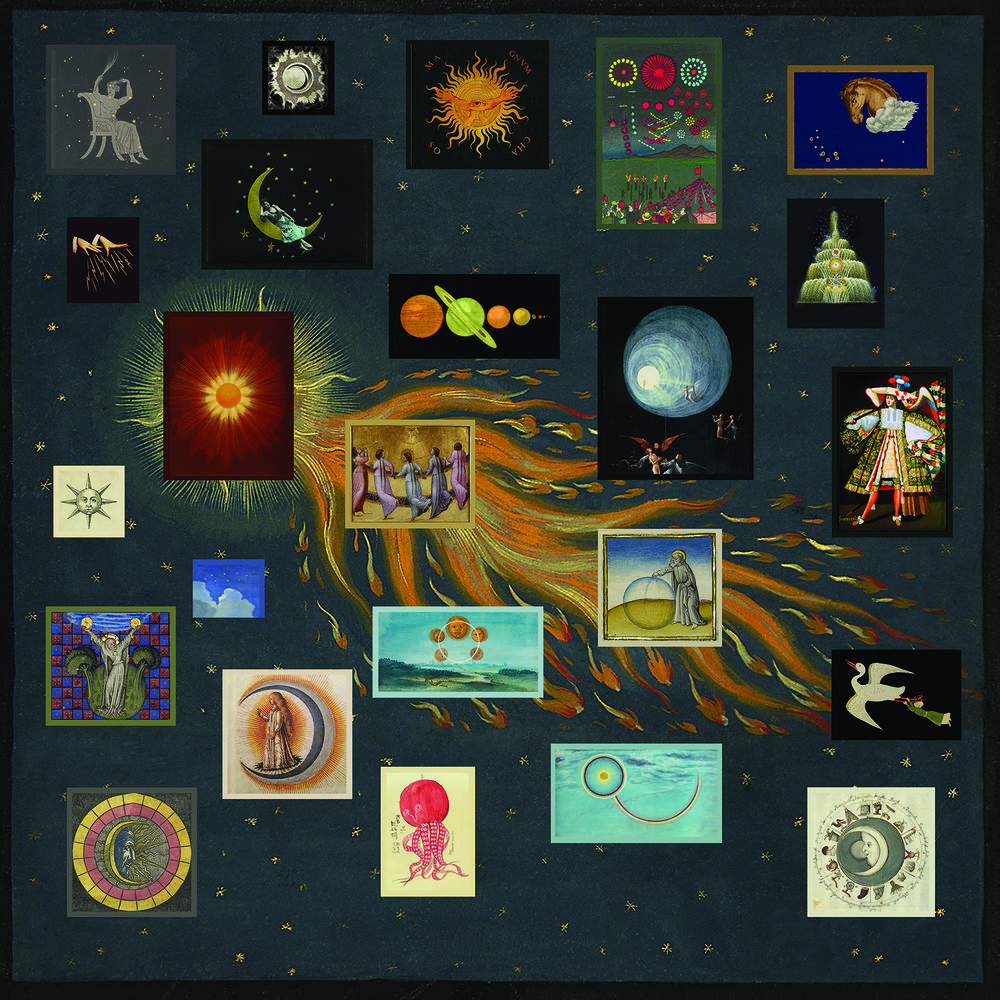 Conceived , compiled and designed by Stephen Ellcock and Hugh Hales-Tooke, the Celestial Archive Advent calendar follows the format of a traditional Advent calendar with 24 numbered doors, but the images are a celebration of the celestial rather than religious or other typical yuletide imagery.

The calendar features a selection of pre-space age images of the heavens by artists, illustrators, astronomers, scientists, mystics and visionaries, spanning several centuries and many cultures and iconographic traditions.

The windows in the cover open to reveal celestial images printed on translucent paper, which, held up to the light, produce something like a stained glass window effect. 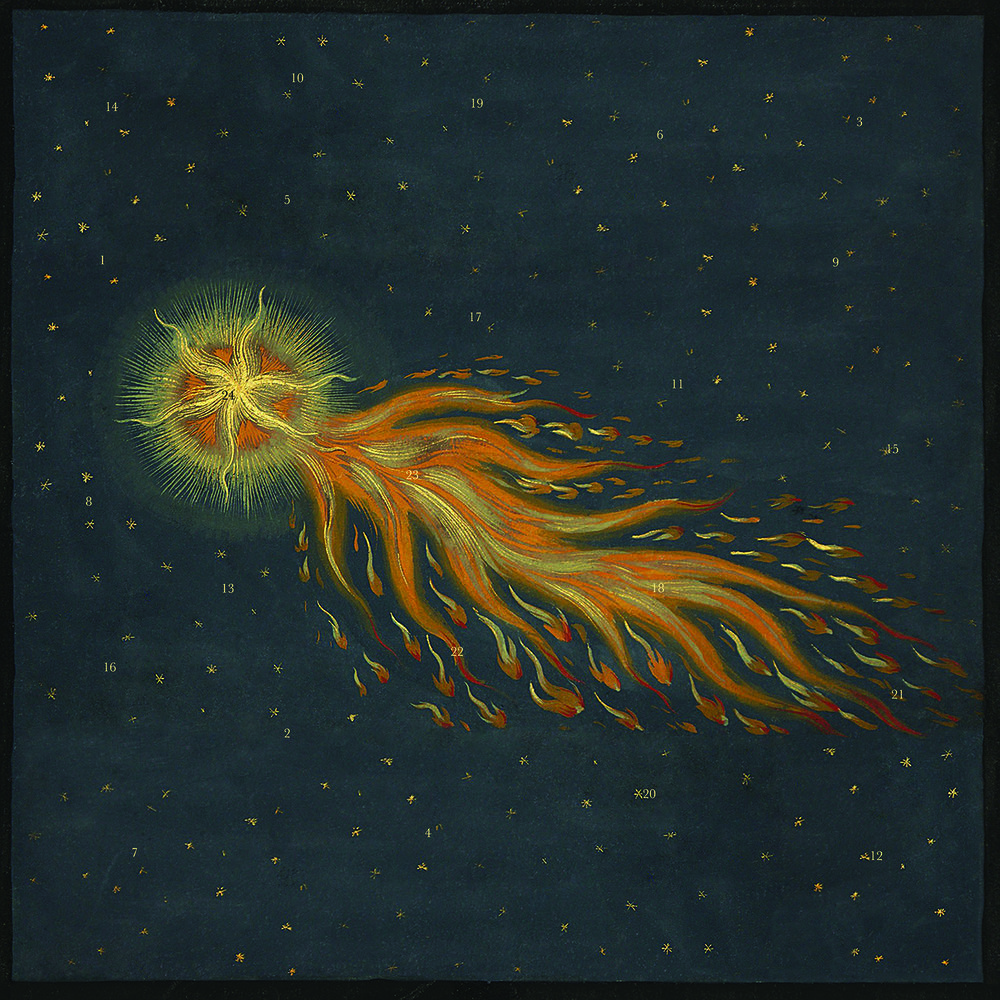 In the beginning when God created the heavens and the earth,
the earth was a formless void and darkness covered the face of the deep, while a wind from God swept over the face of the waters.
Then God said, “Let there be light”; and there was light.
And God saw that the light was good; and God separated the light from the darkness.
– Genesis 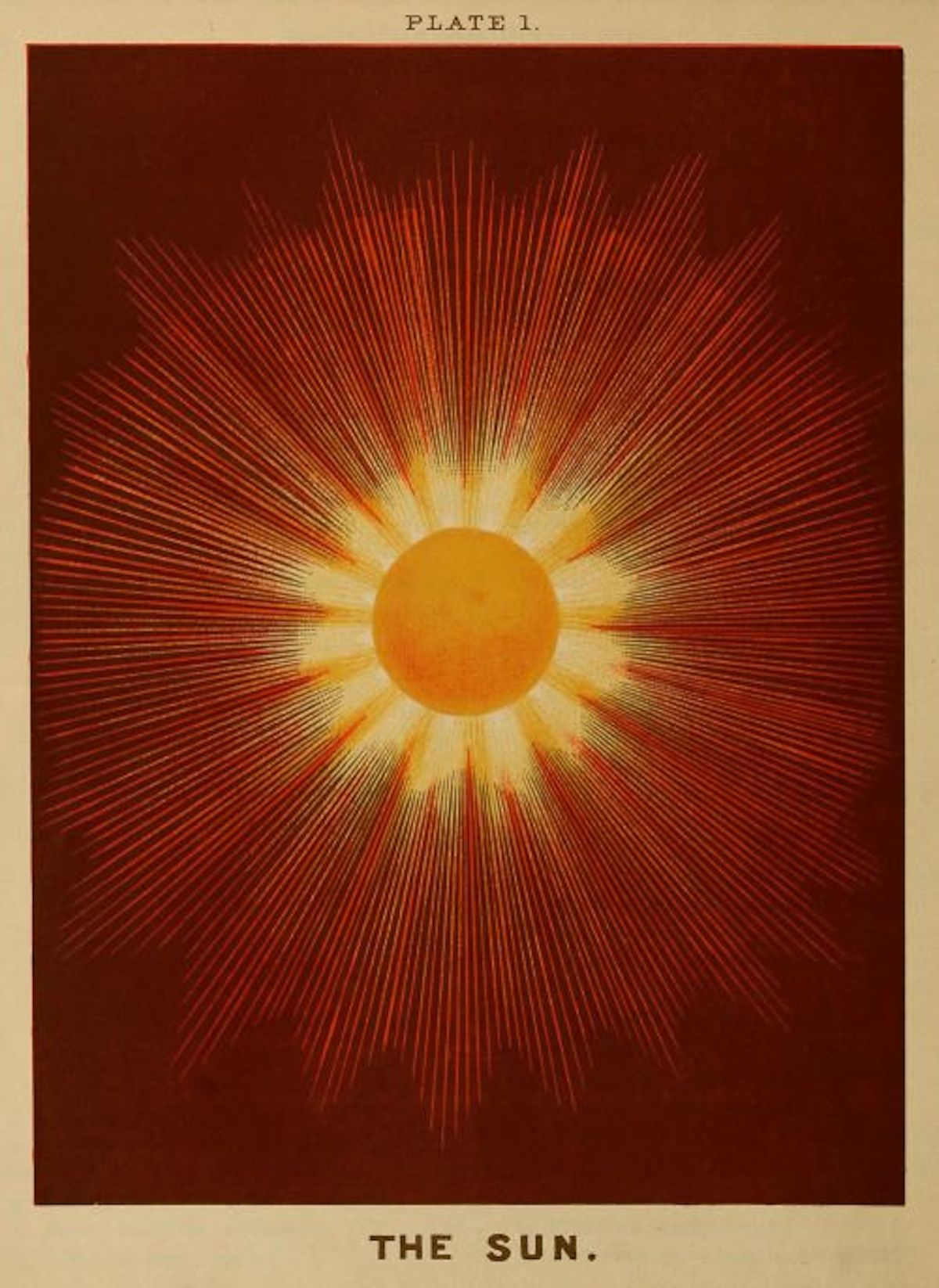 “We are all in the gutter, but some of us are looking at the stars.”
― Oscar Wilde, Lady Windermere’s Fan

They fill my soul with Beauty (which is Hope,)
And are far up in Heaven – the stars I kneel to
In the sad, silent watches of my night;
While even in the meridian glare of day
I see them still – two sweetly scintillant
Venuses, unextinguished by the sun!”
― Edgar Allan Poe, The Raven and Other Poems

Advent 6: Leonid Meteor Storm, as seen over North America on the night of November 12-13, 1833, from E. Weiß’s ‘Bilderatlas der Sternenwelt’

“Down on the lake rosy reflections of celestial vapor appeared, and I said, “God, I love you” and looked to the sky and really meant it. “I have fallen in love with you, God. Take care of us all, one way or the other.” To the children and the innocent it’s all the same.”
― Jack Kerouac, The Dharma Bums 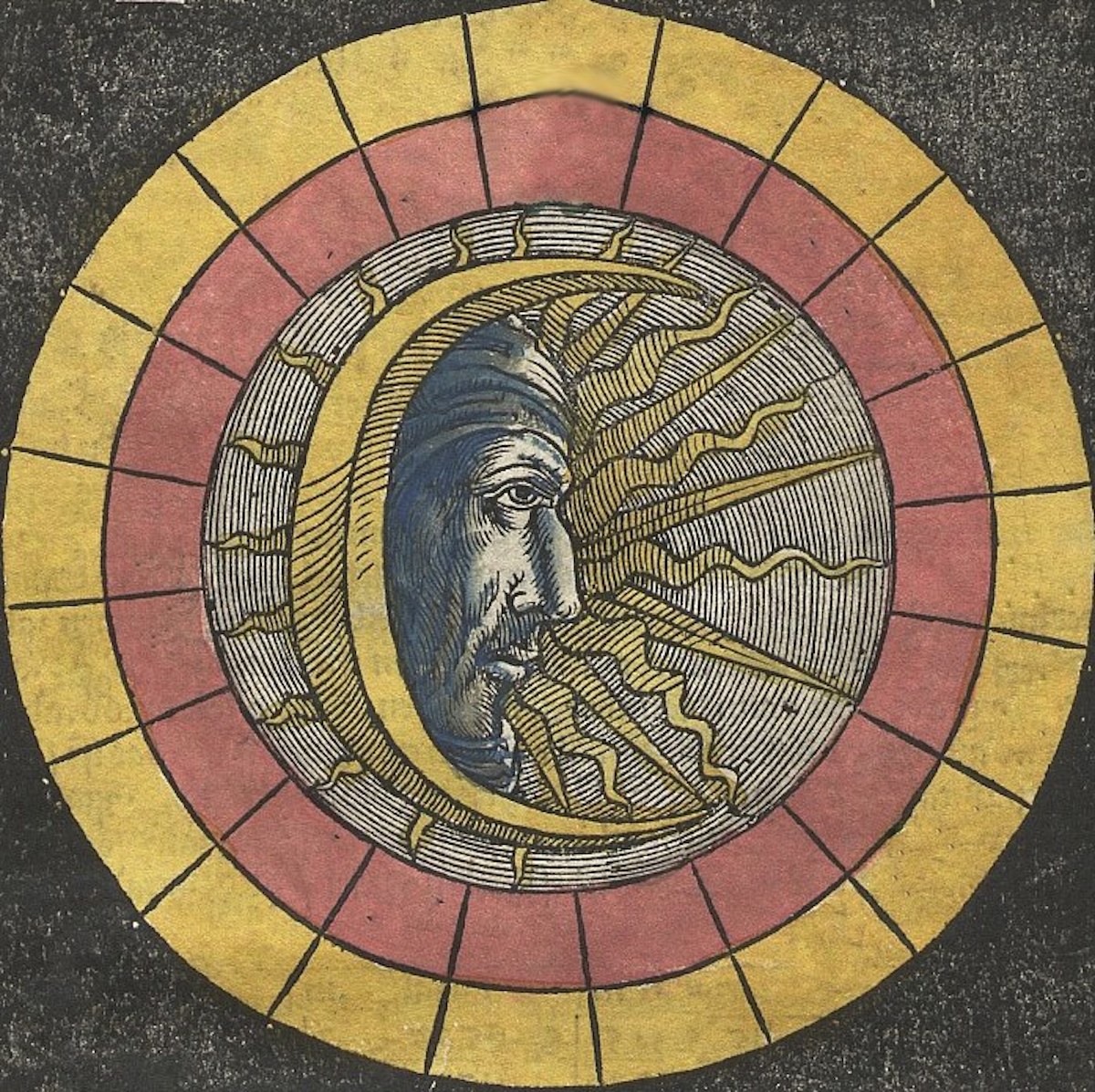 Fly me to the moon
Let me play among the stars
Let me see what spring is like
On Jupiter and Mars
In other words, hold my hand
In other words, baby, kiss me
– Frank Sinatra, Fly Me To The Moon 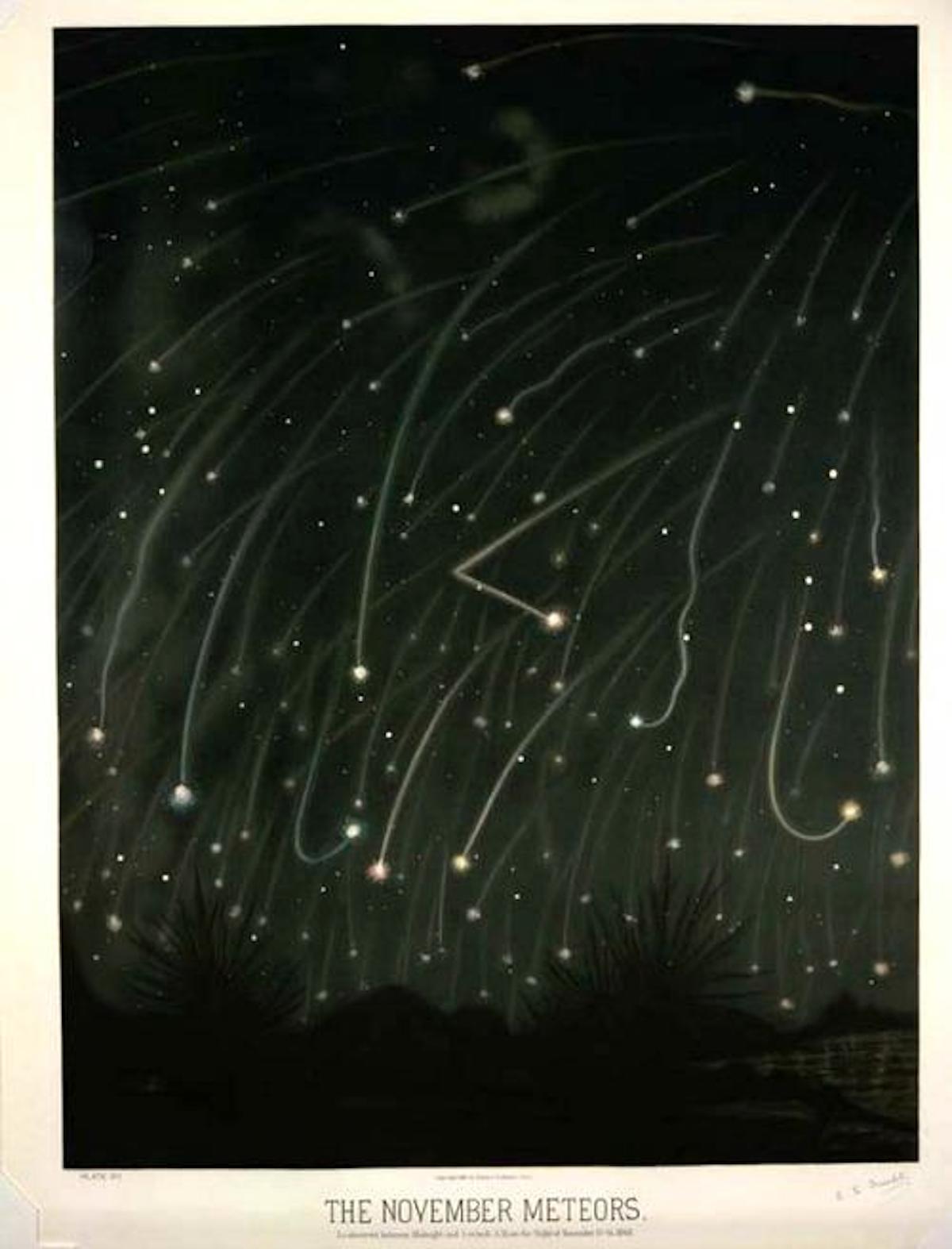 In what distant deeps or skies.
Burnt the fire of thine eyes?
On what wings dare he aspire?
What the hand, dare seize the fire?
– William Blake, The Tyger

Sometimes everything
has to be
inscribed across
the heavens

so you can find
the one line
already written
inside you.
– David Whyte, The Journey

I am tired, I am weary
I could sleep for a thousand years
A thousand dreams that would awake me
Different colors made of tears
– Velvet Underground, Venus In Chains 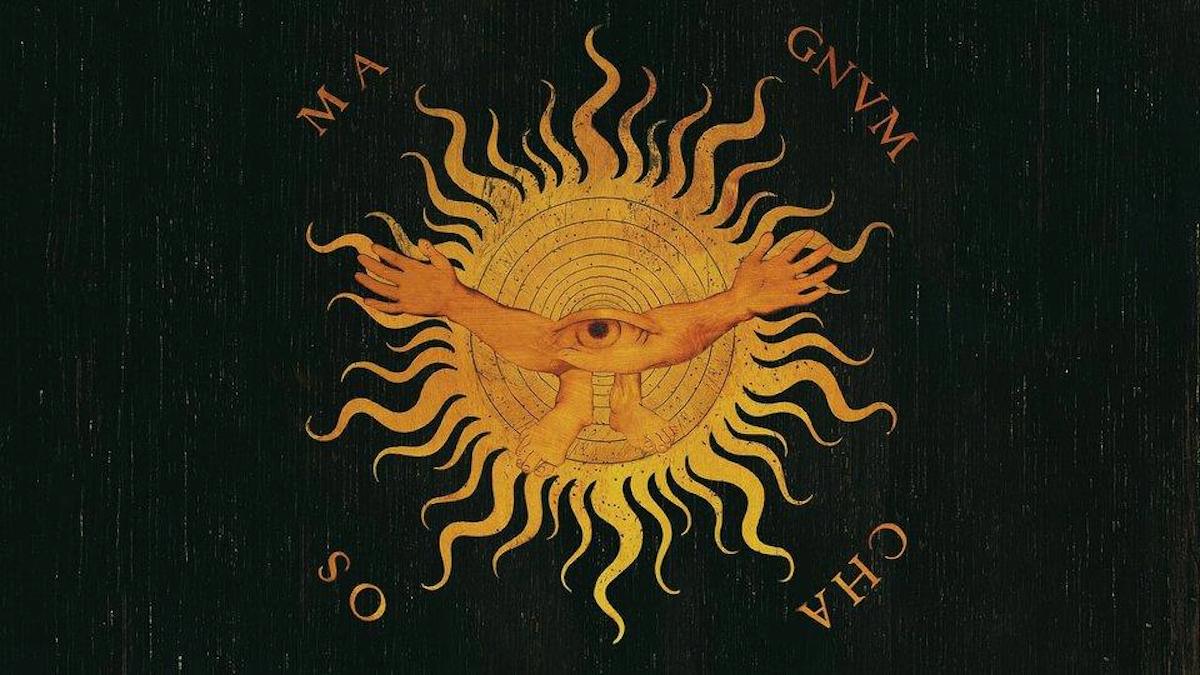 I walk alone;
The midnight street
Spins itself from under my feet;
My eyes shut
These dreaming houses all snuff out;
Through a whim of mine
Over gables the moon’s celestial onion
Hangs high.
– Sylvia Plath, Soliloquy of the Solipsist 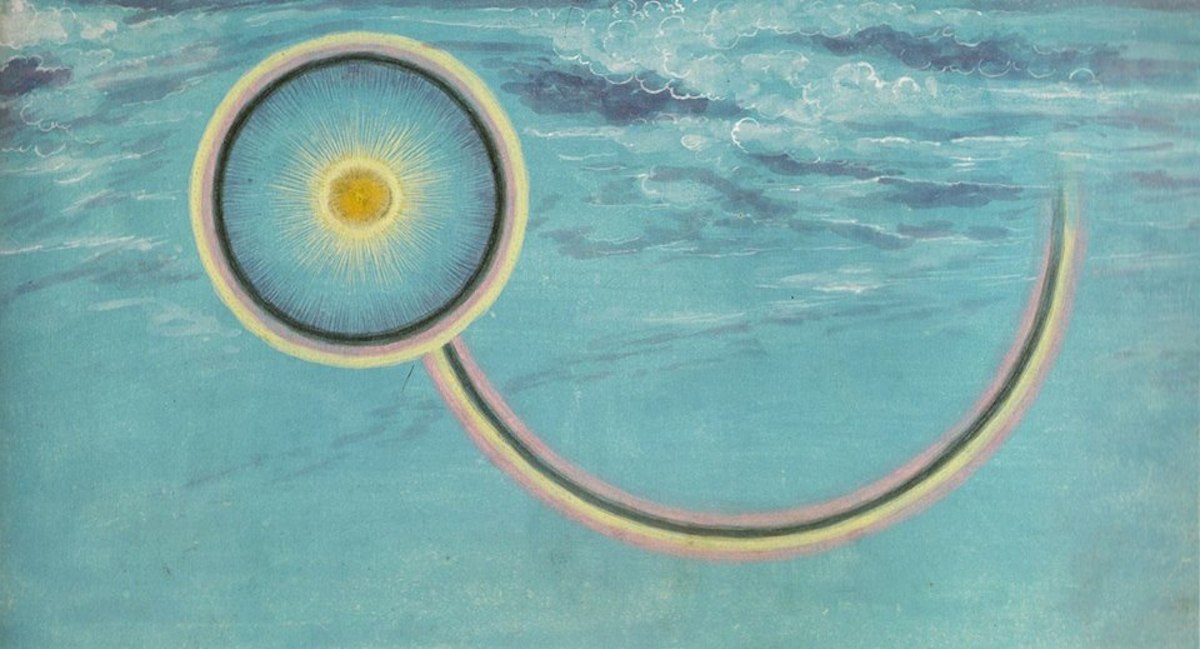 Advent 14: From the Augsburger Wunderzeichenbuch (The Book of Miracles) – ca. 1552

On the warm night of August 15, 2003, the Milky Way could be seen in New York City, a heavenly realm long lost to view until the blackout that hit the Northeast late that afternoon. You can think of the current social order as something akin to this artificial light: another kind of power that fails in disaster. In its place appears a reversion to improvised, collaborative, cooperative, and local society. However beautiful the stars of a suddenly visible night sky, few nowadays could find their way by them. But the constellations of solidarity, altruism, and improvisation are within most of us and reappear at these times. People know what to do in a disaster. The loss of power, the disaster in the modern sense, is an affliction, but the reappearance of these old heavens is its opposite. This is the paradise entered through hell.
– Rebecca Solnit 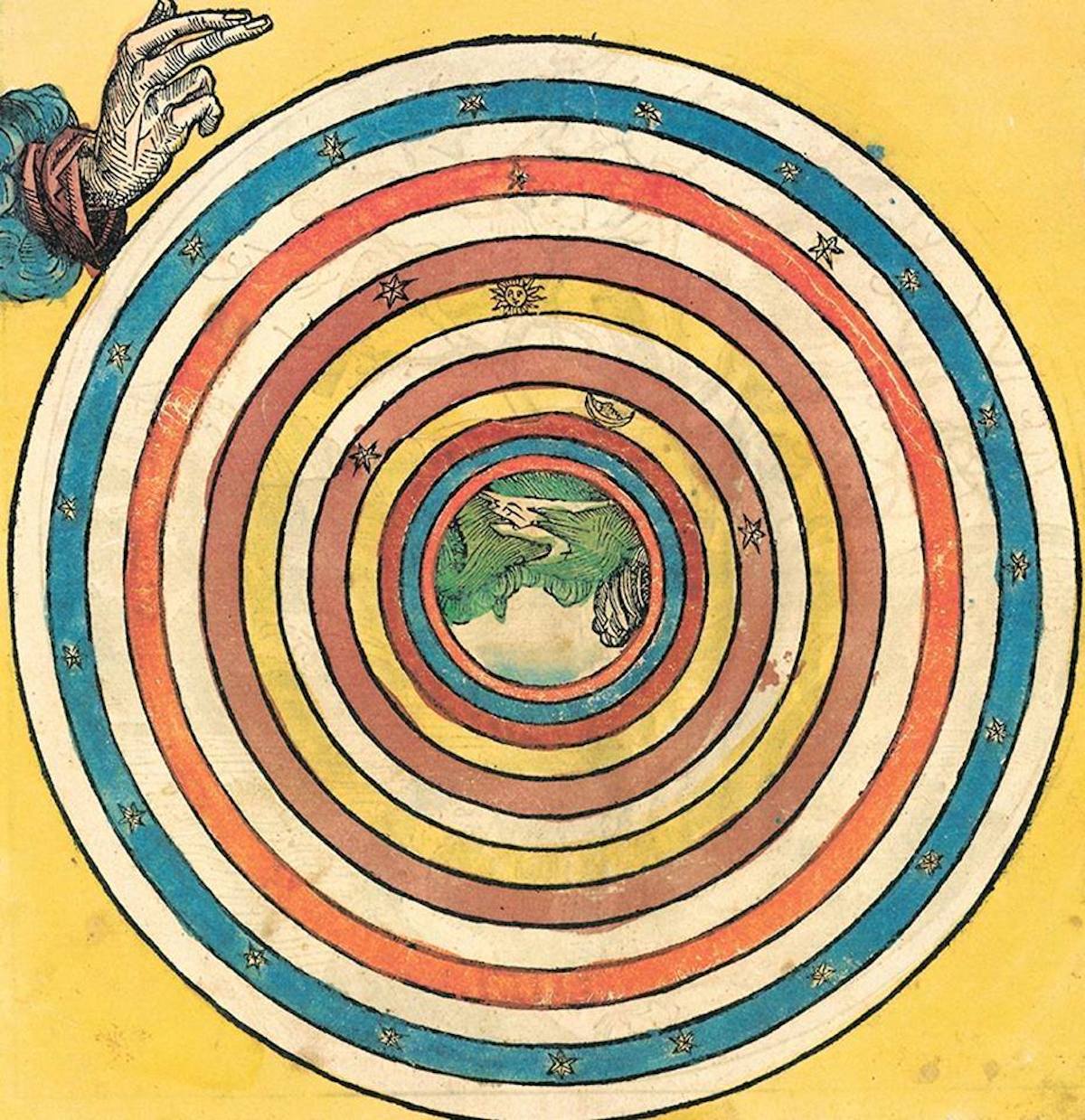 Advent 15: Hartmann Schedel. Creation, from ‘Chronicle of the World’, Nuremberg, 1493

When two mouths, made sacred by love, draw near to each other to create, it is impossible, that above that ineffable kiss there should not be a thrill in the immense mystery of the stars.”
― Victor Hugo, Les Misérables 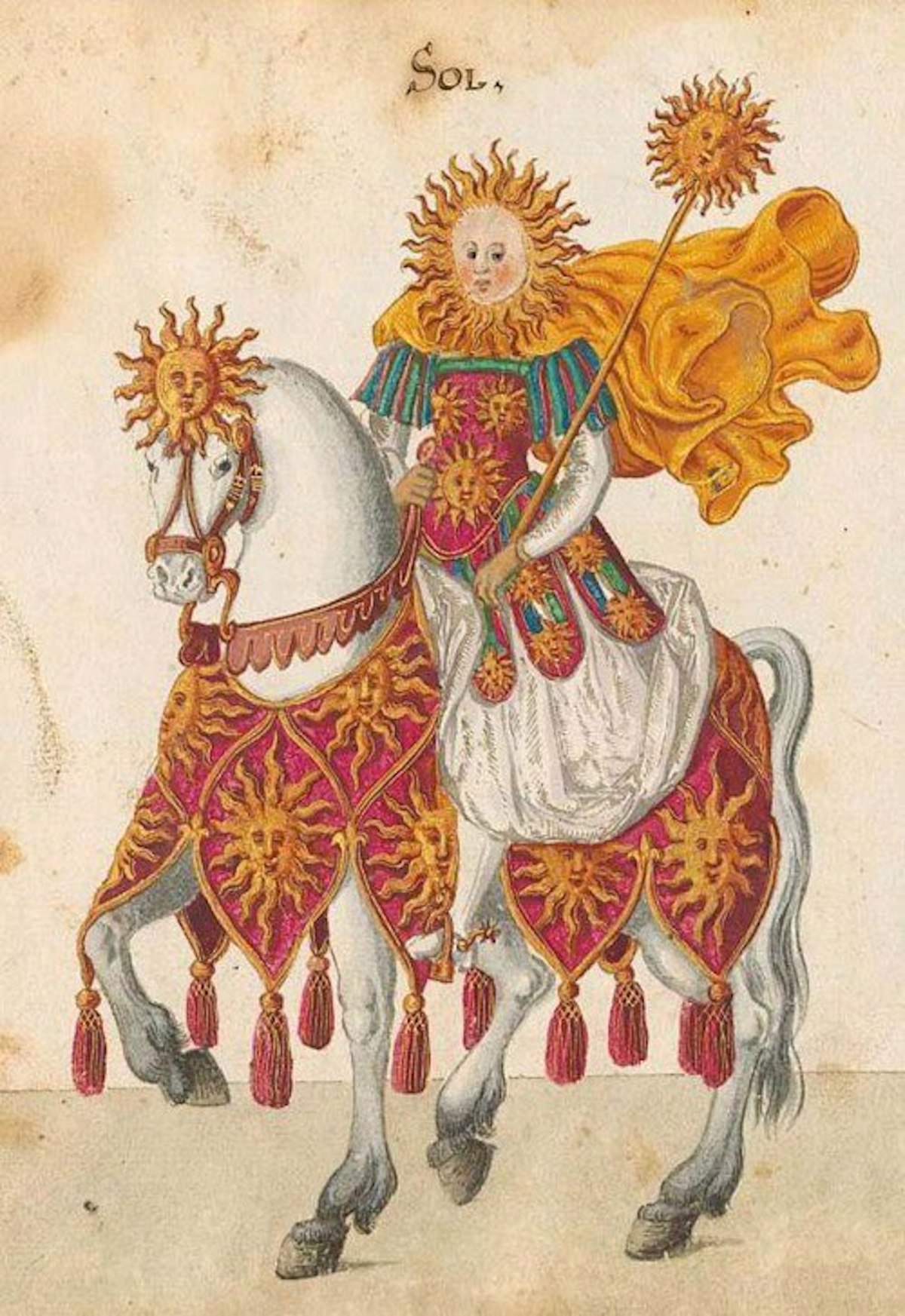 Advent 17: The Sun (Sol) ‘Allegorical figure featured in celebrations staged to commemorate the Christening of Princess Elisabeth of Hesse in 1596’ 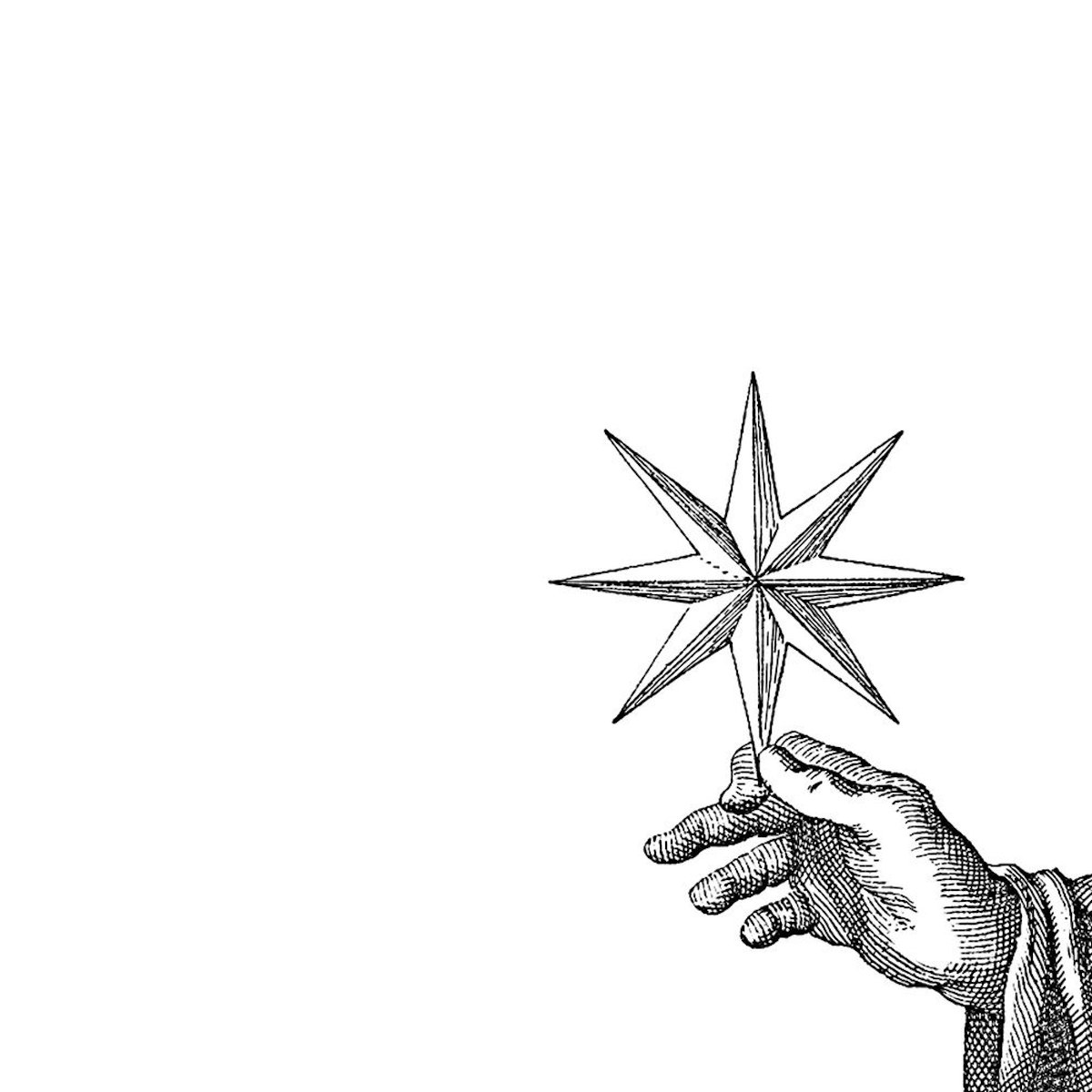