The World According to a Child Soldier 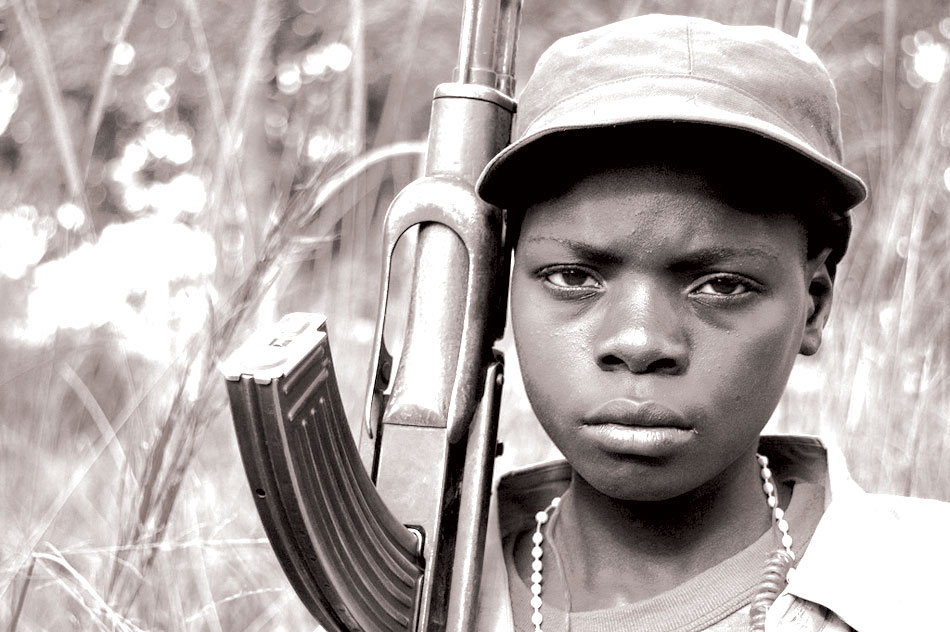 The World According to a Child Soldier (I)

In a well-typed-bold letter, with very little spelling mistakes,
the headmaster invited my father to a political chat.

This morning, I turned up in assembly bare feet,
with a red notebook.
At half past nine I escaped through a window
during the weekly fire drill and
someone noticed me drawing a swastika on the toilet door.
It was the only detail I could remember
from the history lessons up to that point.

I spent the entire day up on a hill,
editing my own handwritten freedom-pamphlet,
in the company of a shepherd and his dog.

It rained at about three o’clock and the world smelled of people.
It smelled of my father in navy-blue overalls, pacing up and down
in the quiet corner of the school library.

At night, I coughed and spat out a nuclear war,
a big lump of poetry stuck in my throat;
from a hospital bed, still in recovery.

.
The World According to a Child Soldier (II)

On my first day at school I learn to
say ‘yes’ to everything and to accept the dogs’ fight
for the best seat at the open-screen cinema,
although I have a V.I.P ticket.

I learn how the silence starts with a dry pen,
how it ends in a battlefield,
among abandoned bones.

I learn to agree with the history,
for it has the right to choose terror
over Vermeer’s ‘Girl in Hyacinth Blue’.
The options’ book has a few missing chapters but
my teacher says that acceptance, not hope,
is the best weapon against dreams.

I learn that I was not born a slave but
I became one.

Tweet
This entry was posted on 6 April, 2017 in homepage and tagged Maria Stadnicka. Bookmark the permalink.