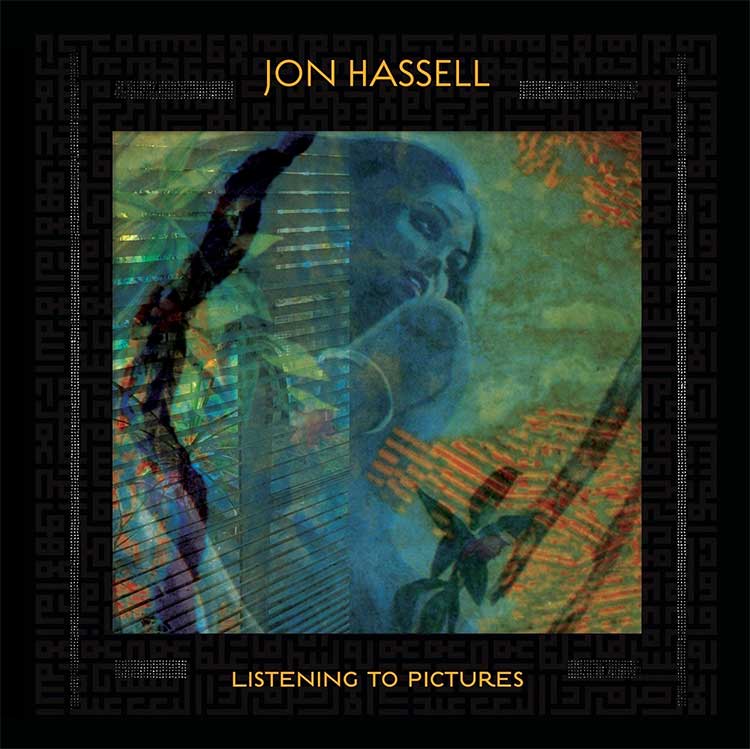 Jon Hassell probably came to the attention of many of his listeners via Brian Eno, who released Possible Musics (Fourth World Vol. 1), credited as a Hassell & Eno album, on Editions EG back in 1980, and then went on to ‘borrow’ some of Hassell’s ideas (as well as a title from Nigerian writer Amos Tutuola) in his My Life in the Bush of Ghosts project with David Byrne.

However, suggesting that Hassell was some kind of Eno protégé, did him a disservice: he was an established musician who had previously been a music student under Stockhausen, played with both Le Monte Young and Terry Riley, and also studied Kiranic singing with Pandit Pran Nath, all of which – along with the example of Miles Davis’ on his later electro-funk releases – helped produce Hassell’s distinct, electronically treated trumpet. His unique approach to music was already evident on his first album, Vernal Equinox (which remains one of my favourites), but developed over the years to include collages, sampling, live forays, as well as various theoretical approaches and record companies.

As well as weaving in strands of what is often called ‘world music’, so that pygmy drums might be heard alongside funk bass and raga-themed trumpet, Hassell has also worked with African drummer troupe Farafina, and touched upon electronic dance music with his City: Works of Fiction album. He has recorded gentle ambient swirl, dense clustered electronic jazz, ECM hi-fi jazz sometimes verging on MOR, and more complex, difficult experimental work. Not to mention collaborations with David Sylvian, Talking Heads, Bjork, Carl Craig, Peter Gabriel, and Eno again. He has previously adopted and framed his music with concepts such as ‘bluescreen’, akin to the layering of film, but is now discussing ‘vertical music’, where he considers the layers in the now, the vertical as opposed to the horizontal (linear) passage of time.

How this might make us listen differently is hard to fathom. Like it or not, the music does move forward, even if Hassell proposes that’s not the main objective, and it’s hard to grab or isolate each musical moment as it comes along. Hassell proposes a kind of meta-listening: ‘Vertical listening is related to “listening to yourself listening”,’ he says. Perhaps more useful is the idea of seeing the music ‘in terms of a painting with layers and touch-ups and start-overs with new layers that get erased in places that let the underlying pattern come to the top and be seen (or heard)’, although it’s not clear how sonic traces remain in the same way underpainting does; and the idea of music making pictures is more than a little cliché.

Perhaps we should just listen to the music? The new CD isn’t by any means immediate or easy-listening. It’s complex and multi-rhythmed, often including layers of metallic and/or electronic sound, glitches and discord, which – sooner or later – throbs of bass and droning trumpet weave their way through, sometimes intermittently or sporadically. These are associative compositions, irregular and surprising, however ‘smooth’ their surface and the production seem. This music interrupts itself, disturbs itself, jumps and shimmers, ducks and dives, exploring the sonic byways wherever, whenever, it can. Several listens in and I am still hearing new things, or perhaps listening differently.

Hassell is one of the greatest trumpeters. Last year the All Saints label revisited and reissued City: Works of Fiction, turning it into a triple CD which included an exciting 1989 concert and it’s live mix, as well as a CD of excavations, re-imaginings and revisits. Now Hassell has started his own music label for new, unreleased and reissued work. Let’s hope the world finally sits up and listens. 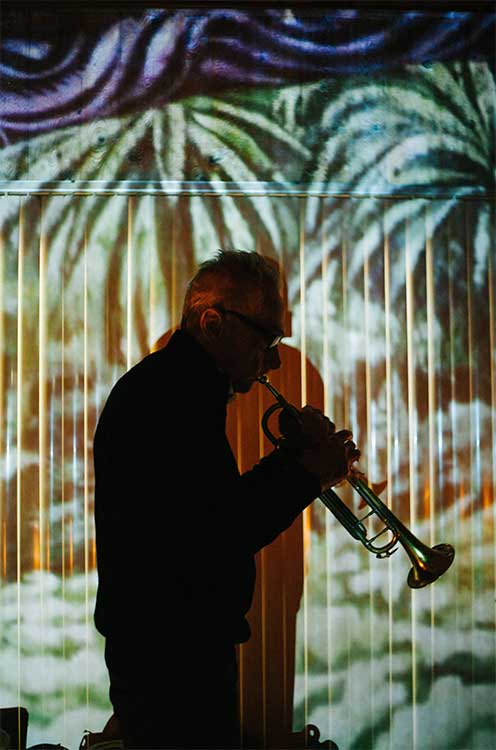 1988 Flash of the Spirit [with Farafina]

2018 Listening to Pictures (Pentimento Volume One)