Weinstein ‘I Am Gay’

Posted on 1 November, 2017 by Ethan Harrison 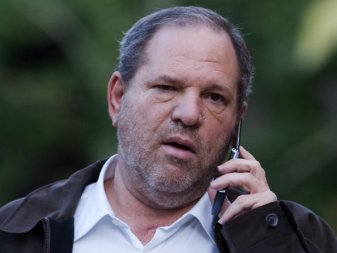 Disgraced movie executive Harvey Weinstein attempted to deflect public uproar surrounding the multiple sexual assault allegations made against him by claiming, ‘I am gay.’ Speaking through a lawyer, the 65 year old, twice married, multi-millionaire added that if this was not sufficient he was prepared to have a skin graft, genitalia replacement therapy, a womb implant and become a feminist.

Mr Weisnstein’s intriguing claims, promises and counter-claims, are thought to come after fellow movie high-flyer Kevin Spacey’s apparent success at sidestepping allegations of sexual assault upon 14 year-old Anthony Rapp by dropping the coming out ‘bombshell’ in the second paragraph of his much-considered, text apology to the now 46 year-old actor. International media pundits along with Tinseltown insiders are currently frantically pawing over the evidence before delivering their much-awaited judgement, with a few predicting wide scale pandemonium if the claims are successful.

Media psychologist Professor Al Probus Dexter, Head of Collective Consciousness Studies at Massechcettes Institute of Communications, concluded, ‘People are such inconsistent shitbags these days it’s impossible to say what’s going to happen. Although, I would say that Mr Weinstein’s bizarre efforts stand as much chance of success as penis-flavoured ice cream, on the other hand Mr Spacey’s – the liberal lion – might be a little more successful, and this would continue a worrying trend. Eventually, if this carries on we are going get swaths of Nazi, KGB and Khmer Rouge relatives coming out, forgive the pun, claiming their ancestors were gay and, as such, we should be retrospectively more lenient when judging them. Unfortunately, whilst the timing of both are as dubious and reprehensible as each other, what the Spacey and Weisnstein claims actually show us is that, in anthropological terms, mankind is obviously still passing through an extremely primitive tribal stage, wherein particular minorities are illogically granted apotheosis- to become Gods- merely upon the grounds of their perceived martyrdom which, in turn, inevitably tempts wrongdoers to pander to this deepening hysterical social tendency. In short, if the public want this constant PR conniving to stop they must realise that their positive discrimination is just as pernicious, ridiculous and offensive as their negative discrimination and as welcome, to the more rational amongst us, as a particularly bad case of herpes.’

View all posts by Ethan →
This entry was posted on 1 November, 2017 in homepage. Bookmark the permalink.