ECHOES THROUGH THE EYES OF ETERNITY 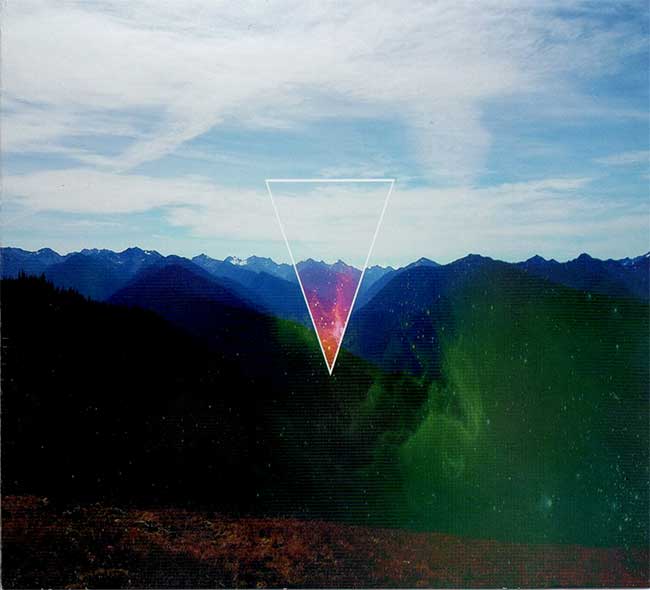 Black Science is not a Boy-Band. You will never see Black Science on ‘X-Factor’. Before the Black Science foursome, Seattle was home to Jimi Hendrix, Paul Revere And The Raiders as well as Kurt Cobain. There’s a segment of Hawkwind’s “Silver Machine” where the relentless drums pound with mind-numbing repetition as the synths swarm like metal bees swirling around a guitar riff that teeters precariously into phased noodling on the point of collapse into fragmented quarks. It’s this exact point along the space-time curve that Black Science take as its ignition point, conjuring its chaos magick further into sheets of dazzling psychedelic noise. Yet not entirely dementoid, for there’s clever mastery of studiocraft and dynamics at work here too, creating “Divine Explosions” in realms “Where No Human Hath Ever Trod”. With hard guitar figures breaking through in the beautiful bones of a lost skeletal structure, both psilocybin spore-drive and ion-powered into interstellar overdrive. A hypnotic trance mantra beneath the twin moons of Mars.

The theoretical collective entity ‘Thad McKraken’ has got that good-soul in his feet. And it’s here that ‘The Kraken Wakes’. There are guitarists John G and Adam Draeger, Reverend Ryk Lambert on bass and keys as well as drummer G Eichler. They started recording weirdly rough-edged tracks that found a place on their debut first contact manual ‘A New Mastery Of Light’ in 2008. Their second sojourn – ‘Cosmodemonic And Beyond’ two years later, mutates heavy psych-rock into wigged-out stoner, “Resurrection Ship” is all contented 1950s housewives, straightjacket Sci-Fi, nuclear Armageddon, and Betty’s Page and Boop, spacey and hallucinogenic – orbiting the spectre of Hawkwind, Cranium Pie, and the Auckland, New Zealand Black Science (no relation) who did a 1950s-style “Burn And Rave” Horror-movie psycho-shocker EP drenched in reverse tapes powered on a relentless down-down-deeper-and-down momentum. Or the ‘Black Science’ solo album by Black Sabbath’s Geezer Butler (1997). No relation.

But this CD is even further out than that, even further out than their ‘An Echo Through The Eyes Of Forever’ (2012), with a billion tunes inside its dream. This is more formless. More abstract. More x-treme. Cultural alchemy, ontological anarchy, where anything written or heard could be trickster. There are seven tracks, extending out to fifty-three minutes, one track nudging the ten-minute mark, three exceeding it, loops, samples and vocal lines lost in the submerged mix – ‘I wasn’t in my body anymore’, tracks screeching, lurching and juddering into each other. “Strange Remembrance” enters the flake-memory total recall syndrome scam gone down, channelling the discorporate wandering spirit of Hendrix and Timothy Leary’s orbiting gravity-dust, before burning up in the fires of Alpha Centauri re-entry. An “Ancient Sorcery Sound” on the transdimensional express out somewhere beyond the Oort cloud, where “Eternity Beckons”. Even their PR from ‘DMI: Dark Mind International’ poses existential equations. Can we really contact star entities using this correct combination of chemical-compound mind manipulation and bitchin’ guitar noise? Can sick beats and head-fuck sequencers help warp us through the quantum veil into telepathic space nirvana? This shamanic ritual conducts a brutal storm of inquiries into the exotic nature of human consciousness itself. And it’s serious fun. The heavy programmed rhythms of “All The Way Out” circling all the way around back to the opening “Macrocosmic” fade-in.

You only have to imagine this on ‘X-Factor’ or ‘America’s Got Talent’ to realise what’s gone wrong with twenty-first-century noise. 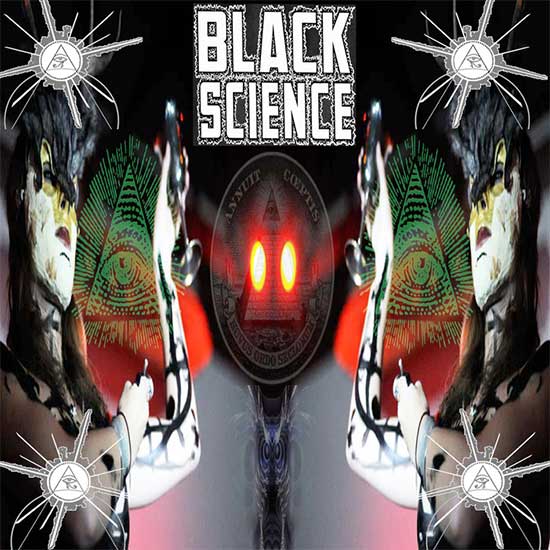 View all posts by Andrew →
This entry was posted on 16 March, 2019 in homepage and tagged Andrew Darlington, BLACK SCIENCE, WORLDS WITHIN WORLDS, WORLDS WITHOUT END. Bookmark the permalink.