Flashes from the Archives of Imaginary Oblivion 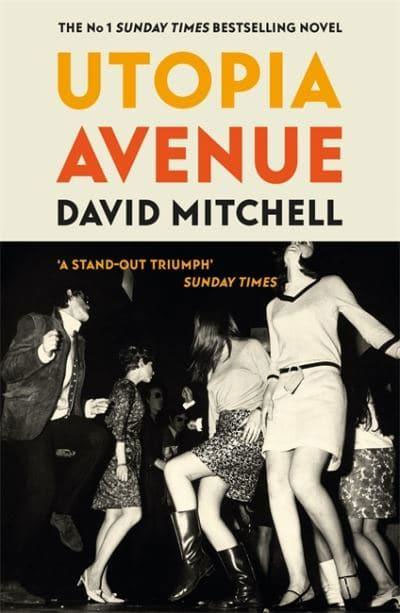 ‘Yeah, it’s taken me a while to get through. It’s good though.’

What’s it about then?’

‘It’s a story, a kind of mockumentary about this band in the Sixties, how they get together in London and slowly make it big.’

‘So sex and drugs and rock ‘n’ roll? Love-ins and hippies?’

‘Well, there’s a bit of that, yeah, but it’s also about the difficulties, the slog of gigs, keeping relationships going, dealing with management and all that.’

‘Nah, it’s good. The whole book is organised on the back of Utopia Avenue’s three albums. Each chapter is a track from an album, each one tells the story of how the song was inspired, or written or whatever.’

‘Oh. So what kind of music do they make then?’

‘Some kind of experimental rock. The band seem to get inspired by Cream and Hendrix, all that, and then Sgt Peppers and some other albums layered up in the studio. They meet the likes of Hendrix at parties in London, other musicians in Amsterdam, and in the final section, when they make it big, they are in New York before they seem to meet everyone in California.’

‘Well, yeah, but it all seems a bit over-researched if you know what I mean. It’s like David Mitchell showing off rather than it contributing much to the story. It’s all a bit “I’ve done my homework; look at all the information I’ve found. Who’s a clever boy?” It’s all a bit much really.’

‘I thought you liked the book?’

‘I do, it just goes on a bit sometimes. It’s more interesting when it focusses on the band members and how they survive the initial hard work, writing and making music and then how they deal with fame.’

‘Well, yeah, Dean the bass player definitely goes in for some of that. But the drummer is more of a solid rock kind of guy, holding it all together, Elf is a…’

‘Elf? Tell me there’s no fantasy shit in it?’

‘Nah, Elf is just Elf’s nickname. She’s a cool female keyboard player and guitarist, an ex-folkie, and also one of the three songwriters in the band. Though she does discover she’s gay as time wears on.’

‘Yeah, there’s this strange Dutch lead guitarist, Jasper, who’s a bit of a weirdo. When he was growing up he heard voices at boarding school, well a knocking and voices, and they return at the height of the band’s fame.’

‘Yeah, there’s some kind of hallucinatory character called Knock Knock in his head.’

‘No, the only acid casualty in the book is Syd Barrett, who makes a cameo appearance in one scene.’

‘Well, no, there’s no violence, though Jasper does collapses on stage. But there is a hilarious bit of violence where Elf smacks a sexist TV presenter round the head with a guitar, live on TV.’

‘Yeah, I can think of a few TV presenters need hitting round the head.’

‘Jasper having a freak out.’

‘Oh yeah. Well, there’s a weird section in the book where Jasper gets healed by some doctor after his collapse at a gig, using some kind of weird fringe psychology or magic or something. It seems to involve time travel, memory recall, it’s like some kind of exorcism come spiritual deal.’

‘Well, Dean kind of makes a fool of himself and gets blackmailed and accused of fathering a child, Jasper meets up again with a famous music photographer he’s in love with, and Elf ends up with a wife – though it’s unclear if she is the same woman she is with earlier in the book when the band break up.’

‘Ooops. Sorry, spoiler alert. Yeah of course they break up, though I won’t tell you why as it’s a surprise.’

‘Jasper runs away to join a monastery?’

‘The drummer gets killed at Altamont?’

‘They all get busted for drugs by the border police and put in prison for several years?’

‘Keith Moon beats the whole band up so badly they can never play again?’

‘No. And anyway, there’s a kind of coda decades later where the band get to release their unreleased third album having become unjustly neglected and then developing a cult arty teenage following.’

‘And there’s no elves or orcs or Tolkien nonsense?’

Do you want to borrow it then? Most of it’s pretty cool.’

‘True, though there seem to be a lot of realistic events in it.’

‘Yeah, it’s your round though.’

Tweet
This entry was posted on 26 June, 2021 in homepage and tagged David Mitchell, Utopia Avenue. Bookmark the permalink.