On the Order of Light 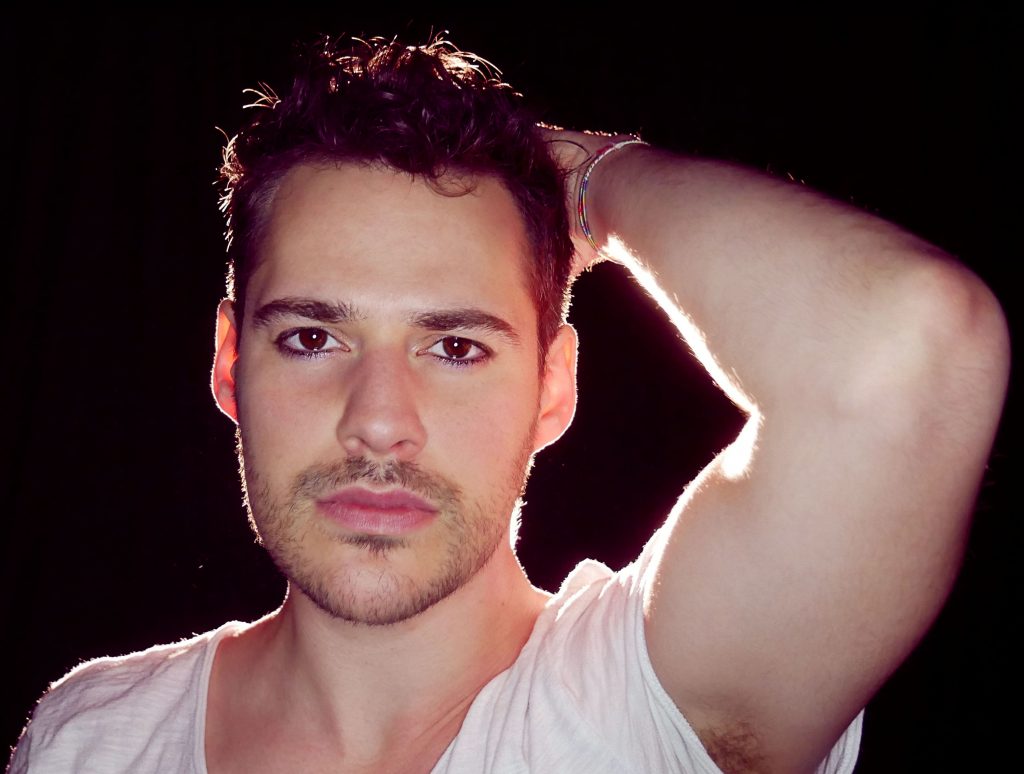 Through a swirl of gathering sound cloud, comes song,

Borne on the familiar wings of the angel;

That Joe Payne’s new release, shepherding light with its message,

Healing both the dark and disturbance with a simplicity that’s profound.

End of the Tunnel; song three in the paradise Payne’s perfecting

Is a prayer to those prey to the call for the termination of breath.

The suicide of a friend eerily chimes as he’s singing,

Sending love to those ghosted by the terrors of life, love and death.

The piano and synth  string lines comfort the listening hearts Payne is reaching.

As the song plays, he’s healing , with statements as positive as they’re clear;

Cos you know there’s light there/At the end of the tunnel dear..

Known for the sheer range of his voice, scaling each height, each ascension

In these verses he lingers in a seductive and low register.

There seems to be little in sound he can’t do, in terms of resonance

Or emotion.  In song, his clear technique and his feeling

Become as Holy as any trusted Minister.

And so this progression of moments is lullaby, manifesto,

And positive stance, all in one,

As he charts and describes the horror that claims the sad many,

This handful of notes in repeating, like ripples in sea, soothes

Thorned with kisses as he calls to the loved one, lost to the dark to return.

The strings bolster and hang in the abyss of the suffered.

Piano notes like stars, glisten as the voice rises

And scales each felt stave. A descending refrain

Across an unremitting and vast new terrain.

If a song cannot solve, it can assist and bare witness

To the events that it honours and to the descent it can’t save.

But if you look too far/Find me

And so, the words remain simple.

But this direct address becomes crucial when the directions have led

The dark way.  So That Joe Payne restores light and the light of love

As he searches for modes and means of connection ,

So that the help we all need creates day.

He has been there he sings and this stops the song for a second.

A charged confession that ushers in a spectral backing vocal in

As support. Drama enters at once, with That Joe Payne transforming ballad,

Using his prog rock past, he’s discovered the way to bring Musical Theatre

Through Popsong’s door.  His is an effortless skill and this is a sublime strain

Of music. That such a young man has managed to find a home for the heart

In our ear is testament to the call that first sparked his talent.

We watch as his light glows and gathers and listen entranced

To a singing and to the song it makes to seal fear.

On a cramped and crowded stage comes the spacious

And sensual grace of that voice. That Joe Payne winging free,

In both light and dark, arcing grandly, with resonance and falsetto

Robbing any unresponsive heart of all choice.

As one would expect each heart turns, as his spectacular scales

Taint this chamber.  There is a sense of things stirring enhancing wall

And paint, oiling air. Stillness is sculpted at once as Payne sings,

And induces in them  a new care. They want to listen to him

And Who Created Me? By The Enid is ushered in from the outskirts

To be given an R n’B ambience. He performs Capture Light,

His collaboration with John Holden. Tales of the Painters

From Venice in the Sixteenth Century. His piano playing as fluid as his voice

By each musical variance.  Payne is all performers at once, with the looks

And charm of a Boyband. He has the classical technique in his fingers

Combined with the studious advances of Prog. There is also the showmanship

Of MT, along with a popstar’s full potential, as he duets with Amy Birkes

There is Metal and soft rock too, all song gods. Origin of Blame breaks all banks,

Then the three singles reveal the gathering oeuvre. Each one its own dish

To savour, and each with a glare to end night. End of the Tunnel shines true.

What is the World Coming to? Sparks sensation. I Need a Change signals stories

That its opening chapter began. That Joe Payne has arrived

And he is already parading song past the present;

On and into the future, through a God sent voice,

On the order of light the dark has been banished.

A splendid band form around him, in order to assure all’s achieved.

Josh Green on Drums,  Nick Willes on Bass, each a master,

As is Joe’s Mister, producer, musician and sound man too,

A  Quintet that frames this ethereal solo,

But with his throat made from rainbows,

View all posts by David →
This entry was posted on 23 March, 2019 in homepage and tagged David Erdos, Joe Payne. Bookmark the permalink.