A Furious Devotion: The Authorised Story of Shane MacGowan by Richard Balls 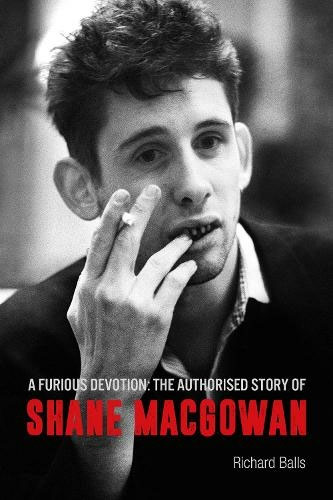 This is a funny-sad book. Just like Shane MacGowan’s personal tale. Brilliant, unique, really quite hysterical. Richard Balls has had far more access to Shane and his family and personal friends, even teachers, than previous authors including my old late-lamented Melody Maker/Uncut book author, Carol Clerk. It means that Richard has unearthed lots of new tales from Shane’s ever-unravelling ‘story’. Shane’s life is perhaps one of pure ‘pulp fiction’.

It’s a fast, often furious ‘read’. Lots of evocative personal photos of Shane and his mates too.

In many ways it reveals and weaves together some alternative stories of punk. Outsiders, who were really rather brilliant. Writers and social commentators. Shane was academic even, not just moulded in book knowledge, but the heritage of music. Indeed, Shane comes over as a precocious talent, allowed by his bohemian parents, Maurice and Therese, to blend in an Irish Republicanism from Therese’s family with the thespian worlds of Maurice, grounded in the classics, Greek, Latin and finance. The young Shane at Holmewood private prep school read books by James Joyce, Jean-Paul Sartre and Thomas Mann when he was a pre-teen. By the time he was awarded a partial scholarship to the prestigious, Westminster School, it was access to London’s gigs, alcohol, fags, music stores that appealed to him most, after his early upbringing bouncing between family in Tunbridge Wells and Tipperary. To Shane, London town offered: “…more violence and aggro, a record shop and a Wimpey bar, which was very cool in those days.”

Shane was immersed in the drugs scene early on at Westminster School and across London. At 15 he was charged with possession of grass, speed and acid at Tower Hamlets juvenile court. Maurice, Shane’s dad was OK about his son’s expulsion from Westminster, saying: “I was forceful about not wanting him in that bloody, perhaps ‘fucking’ school, and I told him (the headmaster) to shove it.”  Shane drifted through menial jobs, living for the music of the likes of The Stooges, MC5 and the Pink Fairies. His mum, Therese, was something of a lost soul in the concrete world of the family flat in the Barbican. For her, it was a dystopian nightmare. She suffered a mental breakdown, and it wasn’t that long before Shane ended up as an in-patient living in Bethlem, the Royal Hospital in Beckenham. He was in detox and therapy for over six months. Apparently he seemed pretty settled there. But when he emerged, music had transitioned, and on 3rd April 1976, he was at the Nashville pub in West Kensington, where the 101ers with Joe Strummer were headlining, but as Richard Balls writes: “It was the first band on that night that completely blew Shane’s mind and changed the course of his life. Shane: ‘The Pistols were the support band…I just couldn’t believe it. There it was. The band that I’d been waiting for, playing Stooges numbers and Dolls numbers. I just thought, This is what I’m all about, and I started following them.’ ”

Shane re-branded himself as ‘Shane O’Hooligan’, organised ‘Bondage’ fanzine and hung out at as a memorable ‘face’ – the weirdo with odd flappy ears and rotten teeth. Sometimes in the middle of blood-spattered frays. Shane said of those times, for example after the Jam gig at the Hope & Anchor in Islington, “I was really inspired by the violence of their act – it was fucking great.” 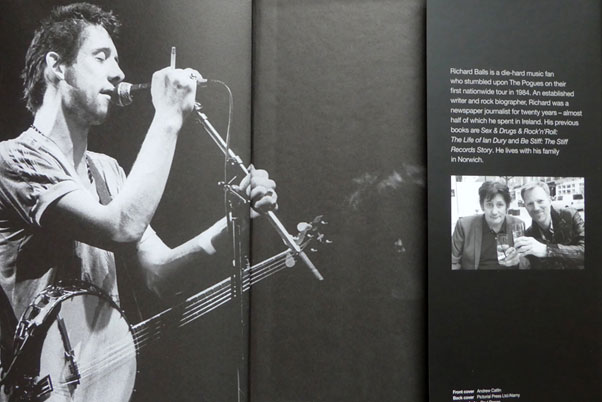 For me, the early chapters and the later chapters of this new book are its ‘heart’, and they reach into the soul of Shane MacGowan. Carol Clerk and other writers have written hundreds of pages about the early days of Shane’s band, The Nipple Erectors, The Nips, the evolution of Pogue Mahone into the all-conquering (London) Irish punk band, The Pogues, the various incarnations of that band, and with The Popes. But in a very real way, it is the inside workings of Shane’s mind that holds one’s attention. It’s the power-house of his eccentric genius. A natural born wordsmith. Alternately, brilliant, kind, cruel, fragile, broken, Republican, wracked with drugs, booze and hallucinations. Mad, sometimes bad, and certainly sometimes dangerous to know.

‘A Furious Devotion’ ends on a substantial set of chapters, the wind-down (sadly reinforced by the passing of many of his old mates such as Joe Strummer, Philip Chevron and Kirsty MacColl and his own mother, Therese in 2017)…the revamp after his own ‘fall from grace’, from 2008’s gigs and rehearsals with The Nips in Ireland. There’s much devotion from his friends, the musical brothers, Johnny and Michael Cronin, Chrissie Hynde, Nick Cave, Mick Jones, Johnny Depp, Bobby Gillespie, Sinead O’Connor and especially, his on-off girlfriend, Victoria Clarke, who finally tied the knot with him in Copenhagen in 2018, after a mere 32 years. Victoria has plans to produce a major bio-pic with well-known actors such as Barry Keoghan as Shane. Shane said: “Don’t make it schmaltzy, don’t make it like a Hugh Grant film.”

There are glimmers of hope and optimism too. Whilst Shane, since being confined to a wheel-chair has rarely ventured out in public, and only glimpses have been seen and heard from him, as in Julien Temple’s 2020 documentary, ‘Crock of Gold: a few rounds with Shane MacGowan’. As the book draws to an end, Richard Balls says, “Shane MacGowan is not done yet. He is, after all, a man of extremes, and his ‘furious devotion’ for life remains as fervent as his love of drink.”

And, as Shane told Victoria at the end of the Julien Temple documentary: “I’d like to start prolifically writing songs again…And, I’d like to be able to play pool.” 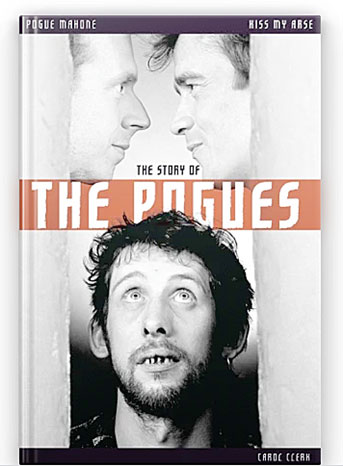 A Happy-Sad temporary endnote to a life that may still have a few chapters left to run…as one of Ireland’s most gifted songwriters and singers. Also check out:

Tweet
This entry was posted on 16 October, 2021 in homepage and tagged A Furious Devotion, Alan Dearling, The Authorised Story of Shane MacGowan by Richard Balls. Bookmark the permalink.